Cejuvenate is the only orange peel powder manufacturer in Australia, with the powder being made from orange peels, which is a byproduct from making freshly squeezed juice.

Cejuvenate also has cold pressed orange oil which is available in food grade and industrial grade.

Cejuvenate orange peel powder is made from Naval and Valencia oranges ONLY, and NOT BITTER ORANGES such as SEVILLE oranges which will swab due to being high in synephrine.

Cejuvenate has been used extensively on standardbreds, thoroughbreds and greyhounds around the world for 7 years WITH NO POSITIVE TESTS.

Cejuvenate is a natural form of Vitamin C and assists in being used as an absorption of iron. 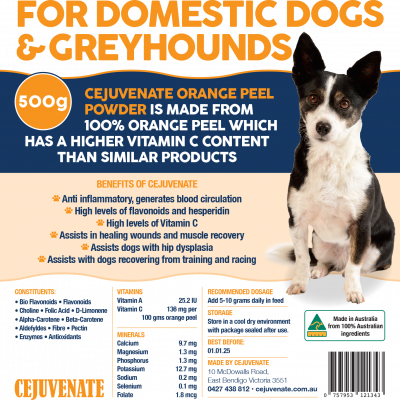 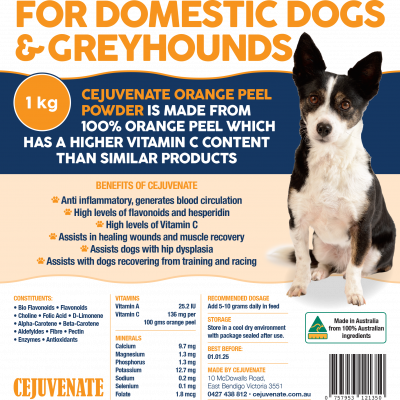 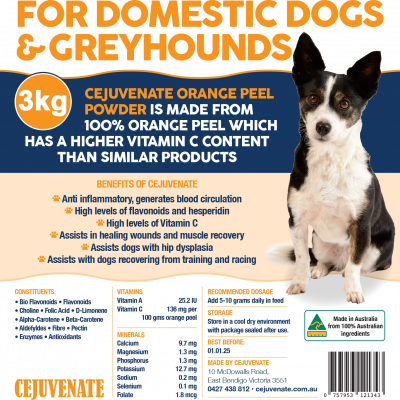 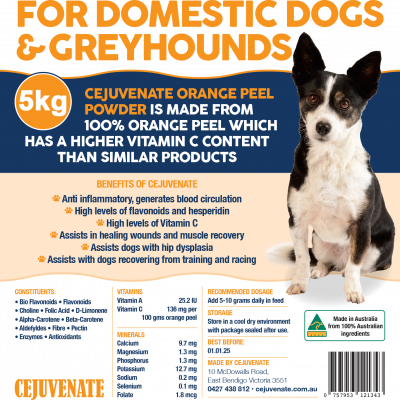 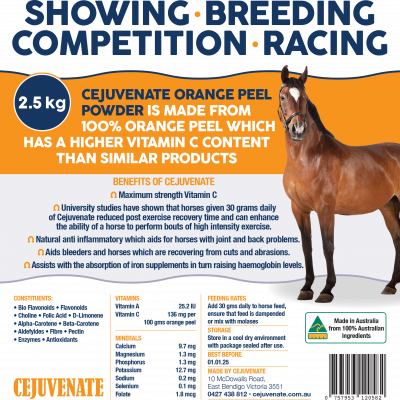 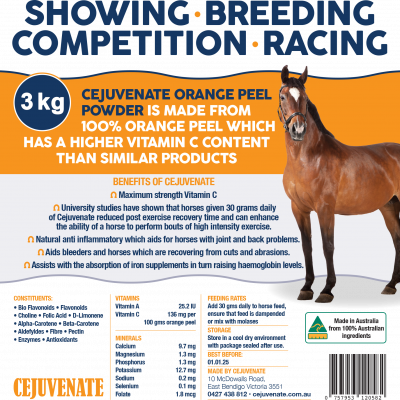 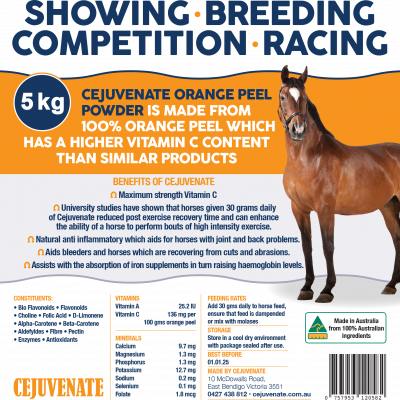